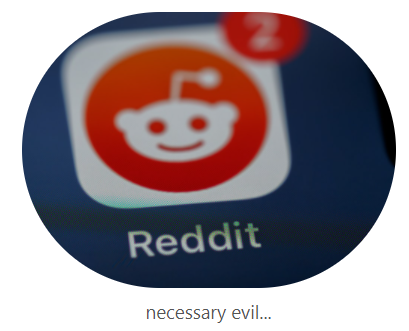 I’ve dabbled in a variety of community platforms. Tumbler, Reddit, Quora, Discord, and other social media platforms are available. Every platform performs admirably in a variety of ways. I’m sure everyone who reads this knows something about these.
One platform that fiercely grabbed my attention is “REDDIT”
It’s a hub of reader information that other individuals can upvote or downvote. Subreddits are the platform’s communities (or forums) that cover a near unlimited number of topics.

These topics can range from common subjects, such as politics, sports, lifestyles, philosophy, religion, pornography, ghosts, spirits to weird things (such as rabbit pie, for instance). Users can post textual posts, hyperlinks to news and other content, videos, and photographs that are relevant to the subreddit they are in.
Reddit is like a newly married couple who feeds on perfection every while.

There are a lot of forums that contain forbidden info & dark web secrets too.
On Reddit, spamming is heavily discouraged, and users who are accused of spamming can be banned immediately. Even worse, if there is proof of spamming or behaviors that violate the site’s rules of service, entire domains may be banned from participating on Reddit.

One more thing, Reddit users don’t love spoilers. They’ll crush you by their comments & will drain the soul(if any) within. Be careful.
Some of the famous & most subscribed communities of Reddit are /r/announcements, /r/AskReddit & /r/funny. These are there since the launch of Reddit (2 months top).

The thing is that Reddit has become a hell of a hatred platform. Let say you posted something in any community. There is a 60% of chance that one or more comments will try to roast or insult you. Those people want no one above them. Their existence is based on applying friction to someone else’s happiness. You must be wondering if there are so many strict rules then what’s the real deal?
“Reddit Allows Hate Speech to Flourish in Its Global Forums, Moderators Say”
That’s the thing. Any mod/admin doesn’t give a shit. It’s all part of the plan since the very beginning.
To any objection, I would just point out that Reddit allows completely sexually explicit stuff on its site, not to add that “commit suicide” is the polite version of some people’s counsel.
There’s another community called /r/roastme where an individual put their image with a clip of paper written “roast me” & age. See for yourself::

Not saying that there aren’t any useful communities but users (especially adults) are more prone to hate.
User wise stats are:
2013 -70 million
2014 -85 million
2015 -120 million
2016 -170 million
2017 -250 million
2018 -330 million
2019 -430 million …..
It’s simply a matter of how you approach a platform. And no, I’m not disagreeing that every user’s background should be taken into account. It certainly varies, but we should at the very least be cautious. There’s a lot of information on Reddit, so utilize it wisely.
If you’re a Reddit user, though, you can connect with me. The URL is provided below.
I’m a well-known figure in the community. Haha.

It was just an overview. Hope everyone’s doing good.